First, let me start by saying how great it was to join our friends, partners and supporters of the Omidyar Network in a recent Life in Person (!) event to celebrate Elena Botella’s insightful and thought-provoking new book “Delinquent: Inside America’s Debt” Machine. You really should read it! 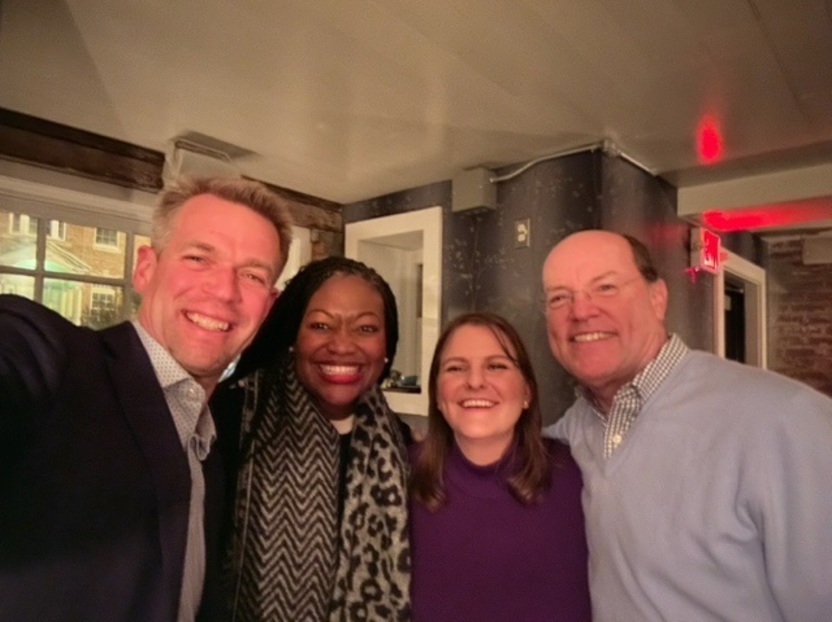 Second, don’t miss the letter we sent to the chairman of the Securities and Exchange Commission (SEC), Gary Gensler, about a letter that twelve US senators sent him about the governance process. Too many people think that the process of making a law a reality ends once Congress passes it and the President signs it—an unfortunate result of kids watching the schoolhouse rock video “I’m Just a Bill.” However, a regulatory process is necessary for almost all laws before they become a reality, which is why the regulatory process is so important (at the SEC and elsewhere). We’ve participated in more than 300 rulemakings since they were established in 2010, and we’ve pointed out what the SEC is and isn’t doing in the process, rebutting industry complaints along the way.

Finally, although often boring, technical and seemingly impenetrable, the safety, soundness and stability of a well-regulated banking and financial sector are critically important to every American’s financial and personal well-being. This is because they are supposed to support and finance the real, productive economy, enabling job growth, rising living standards and widespread wealth creation. They do this by facilitating savings and making credit widely available (through credit/debit cards and loans of all types) to families to pay bills or buy a car or home, and to businesses of all sizes to start, operate and grow, creating. Jobs for most people working in the country.

However, a banking and financial sector that is not properly regulated and policed ​​can also be a threat to every American’s job, home, savings and much more, which the financial crash of 2008 vividly and painfully illustrated. This was caused by the largest, most complex, leveraged, interconnected and systemically important financial institutions in the country (called TBTF for “too-big-to-fail”) engaged in reckless and often illegal conduct to boost their short-term Profits and bonuses. They caused the worst financial crash since 1929 and the worst economy since the Great Depression of the 1930s. Their actions cast More than 25 million Americans are out of workresulted in More than 16 million foreclosure filingsDepleted the savings And destroys the retirement plans of tens of millions of Americans And much more. The economic and human costs on Main Street of Wall Street’s actions are catastrophic: more than 20 trillion dollars In lost GDP and as much as $29 trillion diverted from society’s priorities to fund bailouts for Wall Street.

Also Read :  The Fed Is Now Relying on a Miracle to Save the Economy

Those TBTF financial institutions were so dangerous that elected officials, policymakers, and regulators faced an impossible choice: bail them out with taxpayer money or let them fail and risk causing a second Great Depression. That is why they are called “too-big-to-fail”: their failure would collapse the financial system and economy and, thereby, destroy the lives and livelihoods of almost all Americans.

The 2010 Dodd-Frank Financial Reform and Consumer Protection Act was supposed to ensure that these types of financial institutions could never again pose the danger of systemic failure. It was meant to end TBTF entirely. Still, a recent spree of bank mergers is creating the most TBTF banks since the 2008 crash. In a recent Barron’s op-ed, I pointed out that regulators need to get serious about applying the law to end TBTF or history will tragically repeat itself.

Apparently fearing that many people would find the common sense points I made in the op ed persuasive, one of Wall Street’s top Washington lobby shops, the Bank Policy Institute, immediately responded with a letter defending TBTF, repeating empty industry talking points and mischaracterizing my op ed. This is not a surprise because Wall Street’s biggest banks are in the business of maximizing their profits and bonuses, not prioritizing financial stability or preventing taxpayer bailouts of their banks that unfairly protect their jobs and wealth while inflicting pain on Main Street.

To set the record straight, I responded to BPI’s letter stating what should be non-controversial: “We just want big banks to be good for banks. And the country.”

We will continue to fight the TBTF banks of Wall Street and their army of Washington lobbyists, lawyers and unknown purchased allies. We are only able to do this with your generous support, which we deeply appreciate.

From television, radio and print – the opinions of better markets on all matters related to financing the economy were sought and published in major news. Here are our top hits from October.

Washington heavy hitters back election betting offer
“No one addresses the fact that this proposal has nothing to do with the purpose of the futures market, which is hedging and price discovery … very few people, organizations and, frankly, even sophisticated Washington operators are aware of what the CFTC does. “

‘Everything is on the table’ for Fed, FDIC as they consider reform resolution
“TLAC is a fraud on the public because it has the appearance of helping financial stability when it will likely be destabilizing in a crisis and increase the likelihood of tax bailouts.”

Deceptive fund name crackdown puts investment managers on edge
“We wholeheartedly support this proposal. Investors need to know that their money is invested in the way they expect. The name is a very powerful influence. “

* You can find all of Better Markets’ media hits from October here.

In a speech this month at the Brookings Institution, Acting Chair Gruenberg laid out a balanced, methodical approach for regulating digital assets that is guided by protecting consumers and investors.

After the speech, a panel of experts responded to the speech and discussed their opinions. Watch Dennis Kelleher’s question to the panel in the video below:

The full video of the Brookings Institution event can be viewed here.

Activities in the regulatory agencies

CFTC must act to protect America’s families from the risks climate change poses
Climate change is an issue of great importance and urgency, and the CFTC must move quickly to help address its causes and consequences.

Better Markets filed a comment letter to the SEC in response to a proposed rule to reform the governance and management of conflicts of interest in financial clearing agencies.

This proposal addresses information gaps that have evolved since Form PF was originally implemented nearly ten years ago.

Better Markets filed a comment letter with the CFTC stating that capital and financial reporting requirements in Japan are not comparable to US.

Activities in the federal courts

Each month, our legal team outlines some of the top cases we keep an eye on, the amicus “friends of the court” briefs we’ve filed, and what everyone with a bank account, credit card, mortgage loan Or retirement loan should be interested in these cases.

Read the latest updates from our team of legal experts.

With the November elections right around the corner, October is a month that many members of Congress spend back home on the campaign trail. However, there were still important developments on Capitol Hill, including the following:

Twelve senators send letters to SEC Chairman Gensler
A few days after Politik reported on a letter sent to SEC Chairman Gary Gensler by twelve moderate Democratic senators, Better Market also sent a letter to the SEC chairman. The twelve senators, including four in the Senate Banking Committee, highlighted the importance of the work done in the SEC, as well as their notice and comment period for the rule. Better Markets agrees with the senators that the notice and comment period is especially important to address serious gaps that currently exist, but clarified some baseless issues that the industry has raised.

Senator Brown on bank mergers
Senator Sherrod Brown (D-OH), chairman of the Senate Banking Committee, issued a statement following the approval of the US. In his statement, he reaffirmed his concern about the increased risk to our financial system that comes with megabank mergers. If not responded properly, these risks can harm consumers with branch closures and decreased competition between the banks. Better Markets shares Senator Brown’s concerns and will continue to work to ensure that the merger process is strengthened to protect consumers from the systemic risk they pose.

Members of Congress on crypto revolving door
Senator Elizabeth Warren (D-MA), Representative Alexandria Ocasio-Cortez (D-NY), Senator Sheldon Whitehouse (D-RY), Representative Jesus Garcia (D-IL), and Representative Rashida Tlaib (D-MI) sent a Letter to the SEC, CFTC, Fed, FDIC, OCC, CFPB and the Treasury to get information about the revolving door issue between their agencies and the crypto industry. Crypto firms have hired over 200 public service officials to increase their foothold in Washington DC and create friendly laws surrounding crypto. This comes at a time when the crypto industry has increased their lobbying efforts on Capitol Hill and their political donations in key House and Senate races. The lawmakers are calling on the agencies to address some questions around their guidelines and transparency rules to ensure the integrity of the agencies and the rulemaking process remains intact.

In case you missed it

Our friend and tireless investor advocate, Joe Saluzzi, co-founder of Themis Trading, discusses market structure issues, including payment-for-order flow (PFOF), on Zeroes TV. Joe fondly referred to the work of Better Markets as “the anti-lobbyists” and said that “they speak the language of DC. Dennis Kelleher knows all the players and can go toe to toe with them. Joe does the same in The markets where he fights and outsmarts the financial predators every day.