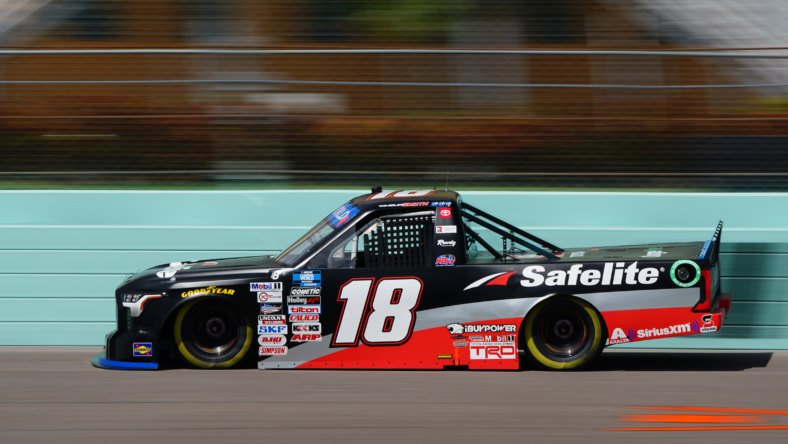 The organization will officially move to Chevrolet for the 2023 season after Busch left the manufacturer. Because of the move, three of his drivers, Chandler Smith, John Hunter Nemechek and Corey Heim, will not return next year.

It will be quite interesting to see the official lineup set up by Kyle Busch Motorsports as they have been a major powerhouse in the truck series for several years.

Kyle Busch Motorsports will announce its 2023 lineup at Phoenix Raceway and there are a few names that make more sense than the rest of the pack. Let’s dive into three drivers we think will be full-time.

Nick Sanchez is the 2022 ARCA Menards Series Champion and appears to be a great fit with the organization. Although Sanchez has never driven a NASCAR Truck Series race, there are rumors suggesting he will go full-time in the series, according to Catchfence’s Chris Knight.

Also Read :  Samuel Eto'o throws shade at Thierry Henry claiming his former Barca team-mate was 'not on my level'

Therefore, Kyle Busch Motorsports makes the most sense for the 21-year-old driver as he could continue to be a powerful company moving forward with the right support behind him.

Rajah Caruth is the next prediction as he could be full time in the Truck Series. Caruth finished third in the points standings during the 2022 ARCA Menards Series season. 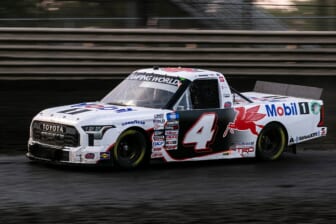 The 20-year-old driver has also competed in the NASCAR Xfinity and Truck Series. In particular, Caruth has been very impressive in his Xfinity Series starts with a most recent 12th-place finish at Martinsville Speedway.

Finally, this one might be out of the question, but Chase Purdy is the ultimate prediction for the Kyle Busch Motorsports lineup next season. Purdy spent the 2022 NASCAR season with Hattori Racing Enterprises in the No. 61 truck.

Purdy would return to Chevrolet with some more experience and could possibly help out Sanchez and Caruth. The trio would represent a very solid line-up for development drivers.

The excitement behind the Kyle Busch Motorsports announcement is high. You won’t want to miss it on Friday, November 4th at 4:15pm ET.